The Puerto Rican crested toad was once found in nine localities within Puerto Rico (Isabela, Quebradillas, Arecibo, Barceloneta, Vega Baja, Bayamón, Coamo, Ponce and Guánica) and one locality in Virgin Gorda (USFWS, 1992). Until recently, the toads were thought extirpated from all areas except for temporary ponds in Guánica. In 2008, a second breeding population of crested toads was discovered in Punta Ventana, Guayanilla, which is approximately 3.83 kilometers northeast of the Guánica population. It is believed that this new population is most likely a metapopulation of the Guánica toads due to its close proximity. In 2010 crested toads were observed in Cienagas, also near Guánica, but the population status is unknown at this time.

Although historic habitat varies from rainforest, grassland, to dry scrub, all known areas are comprised of temporary bodies of water and limestone rock formations known as “karst.” Crested toads have never been found at elevations higher than 200 meters. The last remaining population’s habitat in the southwest coast of Puerto Rico, is rugged, dry scrub forest. There are no permanent bodies of fresh water in the area and on average, Guánica receives a meager 35 inches of rain annually (Farnsworth, 1991). The dry season is generally December to April and the wet season is from August to November (Farnsworth, 1991). Puerto Rican crested toads are nocturnal, escaping the sun’s intense heat during the day, by entering holes and fissures within the karst. The toads are seldom observed throughout the year except during breeding events. 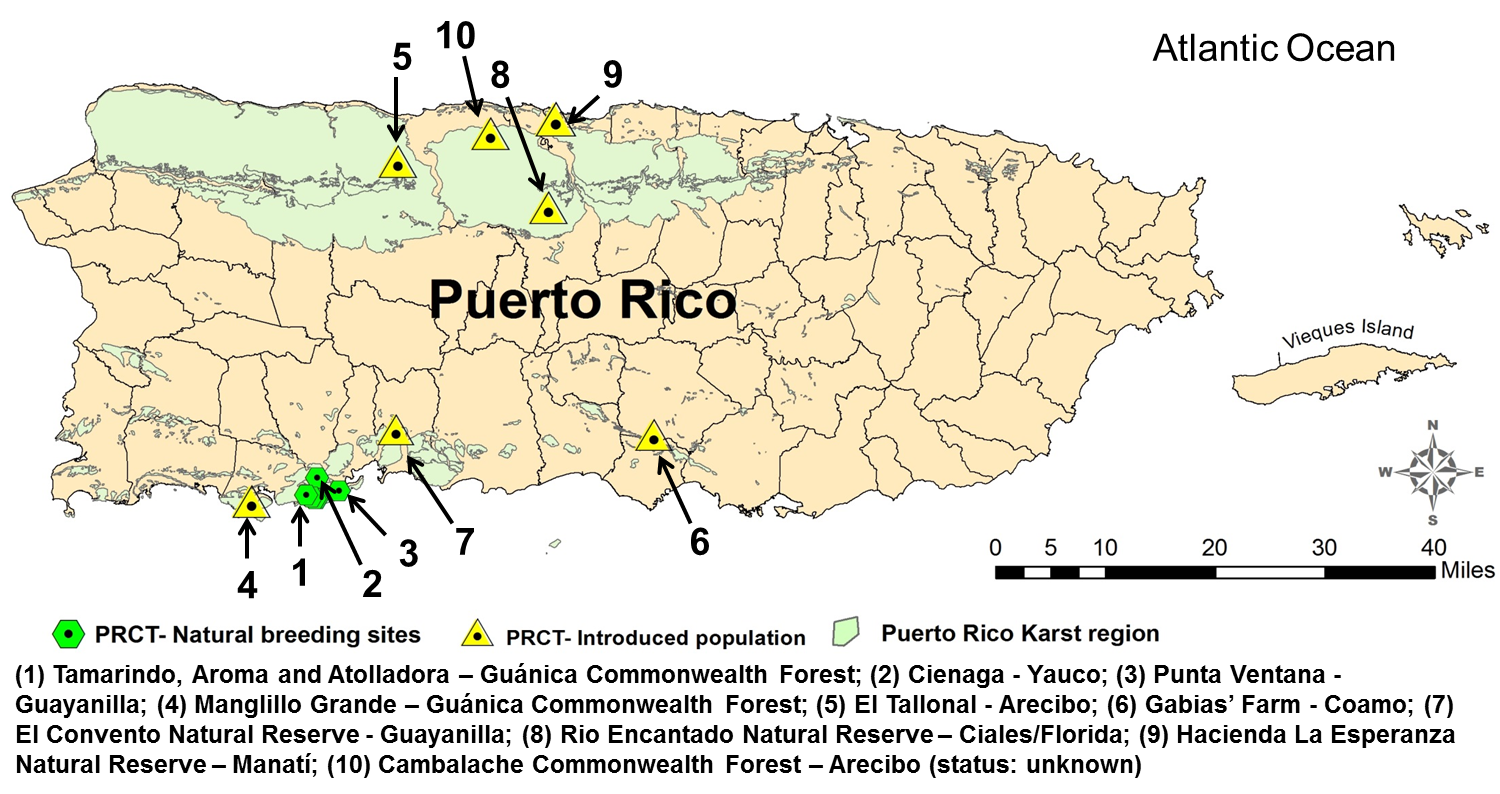 Explore Puerto Rico on the map below: