The managed PRCT population is scientifically managed at AZA facilities through the use of a studbook and genetic software. All captive toads and their progeny are owned by the Puerto Rican government and are assigned numbers by the studbook keeper, which allows them to be tracked throughout their lifetime. Breeding recommendations are made for participating institutions six times per year by the SSP coordinator who evaluates lineages and determines appropriate mates and desired number of offspring to hold to maintain optimal genetic diversity. Every three years the population is also analyzed by AZA population advisors from the Population Management Center (PMC) along with the coordinator and studbook keeper. Every four years the program is permitted to import toads or tadpoles from the wild to enhance the genetic diversity, ensuring long-term sustainability of the captive population and reintroduction program.

The captive population is typically comprised of 700 to 800 individuals and is currently distributed at 32 institutions. Of those institutions, the breeding population is managed at 18 facilities which are kept in isolated rooms or buildings. These areas are maintained using standardized husbandry and quarantine practices for amphibians destined for reintroduction (Poole and Grow, 2012). Genetically over-represented toads from the breeding population are kept for exhibit. Once toads are moved to exhibit groups they are never co-mingled with breeding populations to reduce the potential spread of disease to wild populations during reintroduction events. 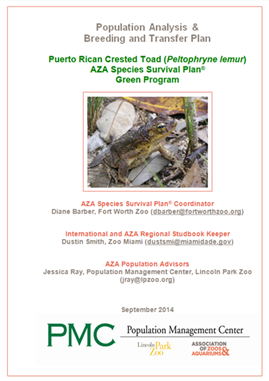 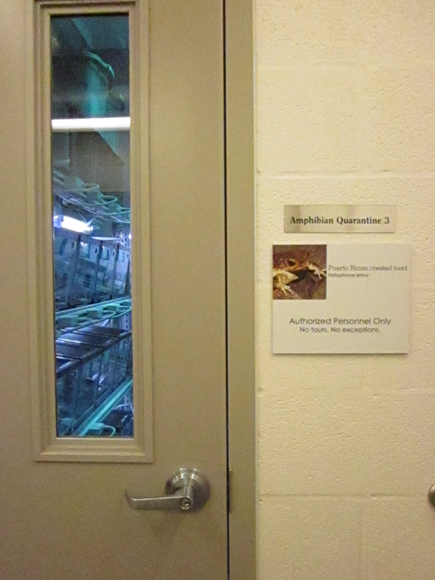